Precision manufacturers are still doing well economically despite a tariff war climate that continues to hang in the air. We talk to one manufacturing shop that has benefited from tariffs in unique ways but still has some cause for concern.

For Reid Leland, tariffs have been a good thing, at least in a couple of cases. The founder and president of LeanWerks, a precision machining and engineering company based in Ogden, Utah, says tariffs have brought him new business and a better, American supplier.

He’s not the only one who’s seen benefits, according to thePrecision Machined Products Association, a trade association representing the interests of the precision machined products industry in North America. The organization gathers data from its members and publishes monthly sales and sentiment indices.

For April 2019, the association’s sales index was the fifth highest ever.

“From a sales and volume perspective, the tariffs have not at all had a negative impact on our business,” says Miles Free, interim director of PMPA. “The manufacturing economy in the United States, and in particular the precision machining sector, is thriving, despite the tariffs, and we remain optimistic based on our present order book.”

LeanWerk’s experiences shed light on how the tariffs are actually helping some manufacturers.

“Tariffs haven’t affected us in a bad way,” Leland says. “In one instance, we got a new piece of business. In the other, we replaced some products we were sourcing from China with an American supplier.”

LeanWerks, which has just over 40 employees and $7 million in revenue, specializes in flow control equipment for the oil and gas industry and machine castings for aerospace.

When tariffs were imposed on Canadian steel, one of the company’s Canadian customers asked for help. The customer, which makes pup joints for the oil industry, wanted LeanWerks to take over manufacturing them in order to avoid the tariffs.

“It was cheaper to have us make them and ship them to their U.S. customers because then the parts didn’t have to cross the border,” says Leland. The work is bringing in an additional $30,000 of revenue, he says.

The China steel tariffs forced LeanWerks to look for a U.S. source for tungsten carbide parts used in high pressure flow control equipment. The price from its Chinese supplier went up 10 percent with the first wave of tariffs in April 2018, then another 15 percent in November when tariffs were increased Leland found a supplier in Pennsylvania that was a bit more expensive than the Chinese supplier’s price after the first tariff hike, but less than after the second increase. And there was an additional benefit: The U.S. supplier is more reliable. The Chinese supplier’s deliveries had typically been inconsistent during and after February, when the country celebrates the Chinese New Year and many factories shut down.

Lead times for the same period:

In most other instances, Leland has been able to pass along tariff-related materials cost increases to his customers.

“Every time the president makes an announcement, our suppliers send us a note that says, ‘Pursuant to the president’s planned tariffs, our pricing will change commensurately,’ ” Leland says. “Our customers understand that we’re a value add—we’re machining the parts, but we don’t make them.”

That is typical across the industry, Free says.

“It is clearly impossible for small, entrepreneurial shops to overrule the federal government,” Free says. “None of our shops have margins sufficient to absorb the level of the tariffs that have been declared.”

Yet, uncertainty over what will happen next weighs on the industry.

In May, President Trump lifted the steel tariffs on Canada and Mexico. Then on May 30, suppliers and manufacturers got surprised when he announced he’d impose tariffs on Mexican imports, starting at 5 percent June 10, set to double to 10 percent July 1 and continue escalating to 25 percent by October.

Two days before the tariffs were due to start, the president suspended them. However, he could easily reimpose them if he becomes dissatisfied with trade negotiations, which could have a high cost to U.S. companies.

U.S. imports from Mexico are expected to total about $346 billion this year, according to Jason Alexander, principal and industrial sector analyst at RSM. A 5 percent tariff would add about $17 billion in additional cost for U.S. buyers, before prorating, he says. If the tariffs rose to 25 percent, that figure would be $87 billion.

“The sky’s not falling, but we’re continuing to see manufacturing slowing down,” says Alexander. “The challenge is that this is such a fluid environment. It doesn’t seem like there is a coordinated [tariff] strategy.”

RSM continues to advise clients to stay nimble and “control what they can.”

Despite the benefits tariffs have brought to his business, Leland worries about the slowing economy.

“The biggest negative impact of tariffs on our business is the extent to which they’ve slowed down business overall,” he says. “When our customers need parts, they’ll buy from us. But if they need fewer parts because of a slowing economy, they buy less from us and our overall volume goes down.”

He has delayed purchasing large, expensive equipment and put off at least one senior-level hire because of uncertainty, although he continues to hire entry-level workers. And now that President Trump has lifted the Canadian steel tariffs, Leland wonders if his Canadian customer will move the pup-joint manufacturing back north.

For now, however, “we’re still getting orders.” 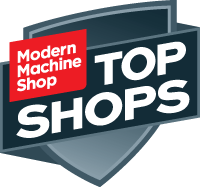